Only Child No More

Whenever there were ice breakers during college and we had to state an ‘interesting fact’ about ourselves (‘interesting fact’ in quotations, because let’s be honest, the facts were never that interesting) I would say that I was an only child.  The reason I was made to believe that this fact held any interest at all was because I grew up in a small Irish Catholic town.  I know that sounds like a horrible generalization, right? Irish Catholic town = everybody had tons of kids.  But at least in my particular town, this was true.

We moved there right before fourth grade.  Being a new student in fourth grade is not as fun as you’d think.  The very first day of school I showed up in what seemed like an Ultra Cool outfit: White turtleneck (always a good starting point, fashion-wise) and a matching chambray skirt and vest, with lots of multi-color mini satin bows covering the vest.  As we all converged in the cafeteria for some sort of First Day of School welcoming I noticed that one of the first grade teachers had on THE SAME EXACT OUTFIT.  Now, of course, years later and I can see that she probably should have been more mortified than I, but at the time it was pretty high on the embarrassment scale.

Before they even knew my name (or at least before they decided to give me the respect of using it, instead of referring to me as ‘The New Girl’) they already knew that:

Within the first few weeks I did manage to turn things around a bit and make some friends.  I even snagged a boyfriend and immediately pissed of The Most Popular Girl in the Fourth Grade. (He was hers at the time…supppposedly) I possibly even started to come off as ‘edgy’ …or as edgy as a little suburban fourth grader wearing satin bows glued to chambray vest can be.  The boyfriend gave me a ring and when the teacher found out we suddenly had a grade-wide lecture about how rings were inappropriate for fourth grade relationships.  I’m pretty sure having a ‘relationship’ at all was frowned up, actually.  Or it should have been, anyway.  All in all, things were looking up! At least nobody was still talking about the color of my pee!

And then there was a hitch in my attempts to do what many 10-year-old girls strive to do: Just Fit In.   We had an exercise in class to help us understand what it means to discriminate and segregate and judge.  For example, the teacher told all kids with blue eyes to stand on one side of the room and those with brown eyes to stand on the other.  She then asked how we would feel if we were told we were less intelligent or worthwhile just because we had brown eyes.  Things like that.  Pretty simple, watered down activities to teach us not to be ignorant a-holes. But clearly the teacher was trying to pick things that only separated us into two groups.  She was succeeding.

Until she told everyone with siblings to stand on one side of the room and those without siblings to stand on the other side.  I’m sure you see where I’m going with this.  Judging by the look on her face, she did not.  Even through my cloud of fourth grade emotional horror of being singled out, I could still tell she looked kind of horrified too.  I am sure she didn’t mean to choose a characteristic that would single out one student at that age and in that context.

Again, looking back, this is a miniscule event.  A non-event even.  But I DO remember it.  And I have the memory of a gold fish, so it must have made some impact on my little brain in that moment.

Annie, the Only Only Child.

Once I left town and headed to the big city for college I still carried with me that it must be unique (and therefore interesting by default, no?) to be an only child.  Turns out, not so much.  After all of those ice breakers I never had a single person come up to me in amazement and ask, “What was it LIKE with no siblings?!?!”  Never.

I’ll tell you this though, I often felt different.  When my friends’ older brothers teased me I would sometimes have to hold back tears.  Even a slight ‘roughing up’ had me thinking there must be blood and surely my nose was broken.  And on a higher level, I was always envious of what seemed like instant best friends…and protection…for life.

So here I am at age 30, still technically an only child, but things have changed a lot.  Oh yes, I now consider myself to have seven sisters. 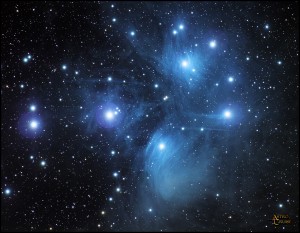 (Turns out, Seven Sisters should have set off some sort of factual recognition in my brain…like, Pleiades or the Seven Sisters Cliffs of East Essex.  Nope, My brain was too busy trying to figure out whether a hypercolor shirt or Girbaud jeans would make me fit in better to actually retain any educational knowledge! Duh! But thanks for sending me a link, mom!)

Two are straight up sisters-in-law, the other five are different versions of step-sisters-in-law.  So, yes, maybe I’m pushing it in claiming seven sisters. (Full disclosure: I have always craved a bigger family.  ‘Oh, your aunt was married to my aunt’s ex-husband? Well, you seem cool.  I’m pretty sure we are cousins.  Yup, let’s be cousins.’ To which my parents would roll their eyes and say, “Annie, not everyone of any distant relation or connection is ‘family!’ Um, I beg to differ.)

But yesterday I found myself text messaging and emailing constantly all day regarding the well being of one sister who was in labor. (We did have a beautiful and healthy little girl join the family at 5:34 pm! Yay!)  Then I spent over an hour on the phone with another one just talking and also planning  a visit for her and her daughter to stay overnight with us.  I also texted with two about their upcoming visit this weekend.  And the first one to send me a picture of our new neice? A fifth one.  So, there were only two ‘sisters’ with whom I did not communicate with or about yesterday.

And if any of them make fun of me for writing this and claiming them as a sister?

Well, I’ll just chalk that up to a little friendly sister-to-sister ribbing.   We’re family like that.

This entry was posted in Real: my personal trials, tribulations and tales and tagged family, only child, sisters, sisters in law, step sisters in law. Bookmark the permalink. Follow any comments here with the RSS feed for this post. Post a comment or leave a trackback: Trackback URL.

2 Responses to Only Child No More